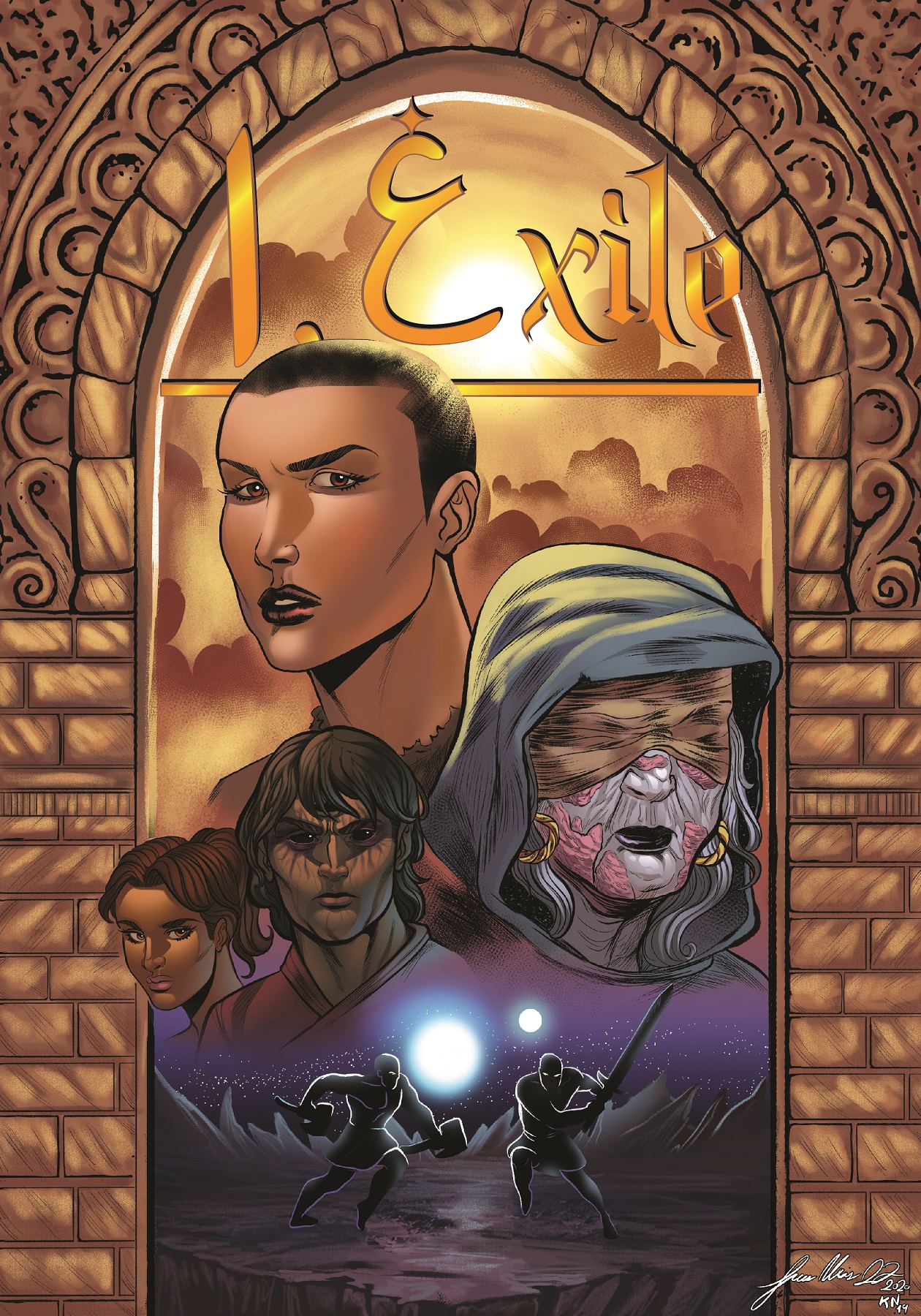 This book review was originally published over at booknest.eu.

The opportunity of coming across a gemstone of a book is why I am happy to read the works of indie fantasy authors whose titles haven’t yet gained wider recognition online. I’ve come across some brilliant works, and I’ve faced off against some reads that didn’t quite cut it – in the face of all those, David M. Samuels’ I, Exile measures up as an engaging and entertaining story of personal growth and adventure, with no small dose of sarcasm thanks to smartass protagonist Emelith. Oh, and a bloody lich makes this feel like a proper romp through pulpy fantasy goodness.

What this book reminded me of, as I read it, was the Forgotten Realms novels in the 90s, those Drizzt Do’Urden books every fantasy nerd and their father (i.e. me and my dad) read; not in the characters, necessarily, as there isn’t much in Emelith to remind you of Drizzt, but in the excitement and swift action, in the stakes that are never anything less than life-and-death, in the easy prose which allows you to glide through the pages, and in the unexpected allies found and forged along the way.

The setting for I, Exile is a post-apocalyptic desert in a world that has undergone a massive flood as recently as a few centuries back. All sorts of nasty buggers have made this desert their home, as is the way of these things but the nastiest, perhaps, is a lich seemingly no longer happy with staying with his skull buried in the sand. I’ll say no more about the lich, as that’d be giving away more than is strictly necessary, except for this – this is a fun villain, who strikes a balance between tropey and novel in all the right ways.

Emelith’s journey made I, Exile more appealing than it otherwise would’ve been. Prone to anger and snap judgements, the further our protagonist goes into this Mad Max-esque (to use the author’s own comparison) wasteland, the more she realises about herself. Quiet moments of contemplation abound in-between the excellent action sequences.

Samuels’ novel is technically adept – for its vast majority, I had a hard time finding any typos, grammatical errors or punctuation mistakes. Only the last few percent offered a slight increase in that type of issues, and that might be because I was sent an arc pre-publication date. The prose is expressive without coming across as bloated; if anything, it’s on the economic side as far as descriptions go.

One piece of criticism I have is, the short blurb and the cover for the book did not work for me – the cover looks so very much like a bad 90s comic, I considered skipping it on this basis alone. That’s not the kind of feeling you want your cover to elicit. The blurb is too short and doesn’t arouse interest nearly as much as it should.

The cast of supporting characters includes plenty of interesting names, many of whom have their own motivations which conflict either with one another’s, or with Emelith’s, There’s a mysterious priestess, a few warriors.

I enjoyed I, Exile. My score for this one is 4/5 Stars on Goodreads, and I happily recommend you put it on your to-read list!

You’ll enjoy this one if: