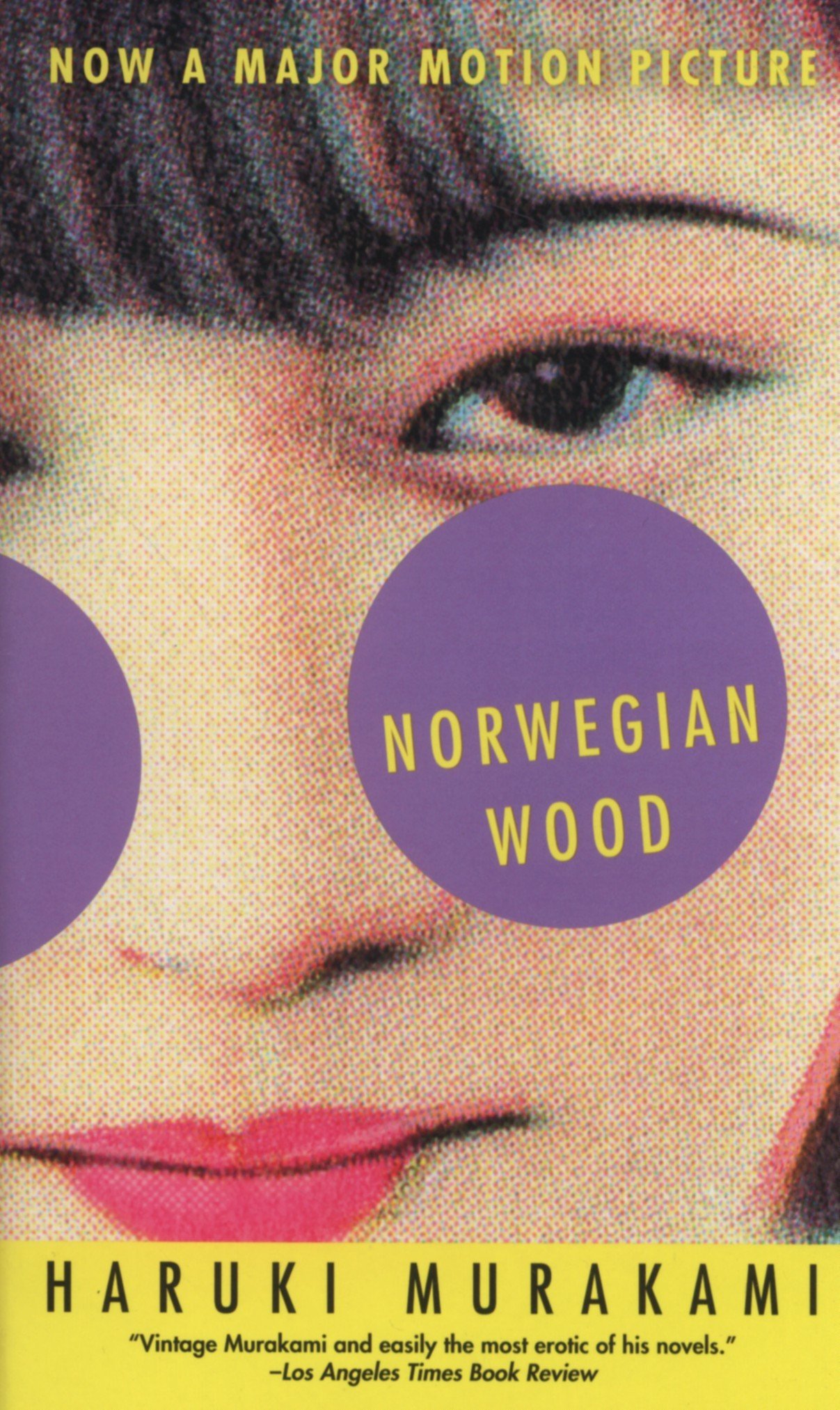 I’m happy with the progress I’ve made with Haruki Murakami’s books over these last few months. Kafka on the Shore in May, Norwegian Wood in September and just this last week, What I Talk About when I talk About Running. The last is freshest in my mind but I’ll contain myself and instead turn to Norwegian Wood, the title inspired by the Beatles song of the same name. It also happens to be the work that really shot Haruki Murakami to fame first in Japan and later internationally.

Norwegian Wood is a love story and it’s about overcoming grief, and it’s about those first coming of age years after you leave home, quite uncertain about what comes next, the direction you’re supposed to take as the world begins to mold and pressure you in ways outside of your control. It’s easy to lose yourself — something that main character Watanabe manages at one point in this novel.

Let’s look at it as a love story first, shall we? It’s sweet and sexy and tragic enough that you might just tear up by the end of it. Bittersweet but hopeful – that’s how I’d describe it in three words, were I forced to do so.

As a side-note, I would ride on the bus, listening to the audiobook more than once, when a ridiculous, steamy sex scene started up. You know, these are the moments when you’re not quite certain whether you should be grinning or blushing or pressing ‘Pause’. Say one thing about that, say it was funny.

What about dealing with grief?

Toru Watanabe, the protagonist from whose PoV the novel is told, loses his best friend Kizuki. Kizuki kills himself on his 17th birthday and this marks Watanabe for life — as it would most of us. Another, Kizuki’s girlfriend, Naoko, is as affected by his suicide as Watanabe; perhaps more. Years later, Naoko and Watanabe reconnect and fall for each other but Kizuki’s shadow never fully clears between the two. Unable to cope, Naoko eventually ends up in a sanatorium, doing her finest to piece herself back together.

Some of the characters are unforgettable. Maybe not their names – I forget names easy enough – but the personalities will stay with me. Nagasawa is Watanabe’s exact opposite — driven and ambitious, and far more cynical than our protagonist, Nagasawa is in many ways Toru’s foil. Despite that, or perhaps because of it, the two become close friends…although Watanabe never allows Nagasawa into his heart the way he let Kizuki in.

I was partial to Midori, an older woman in the same sanatorium as Naoko. As Nagasawa is to Watanabe, Midori is a foil to Naoko — though burdened by her own demons (her story is perhaps the highlight of Norwegian Wood for me) Midori has strength, the presence of character necessary to survive and perhaps overcome all that placed her in the sanatorium. Midori’s a guitar player, a concert pianist and totally the coolest, yo! Very flirty, too, which gives rise to some hilarious exchanges between her, Watanabe and Naoko, who also happens to be her roommate and dear friend.

This isn’t the best Murakami book I’ve read, nor is it my favourite. I’d live these honours to Kafka on the Shore and Dance, Dance, Dance, respectively. But it has a certain appeal to those who know a little of loss and pain and love, and I am certain some of you will be well-served by reading it.

I straightened up and looked out the plane window at the dark clouds hanging over the North Sea, thinking of what I had lost in the course of my life: times gone forever, friends who had died or disappeared, feelings I would never know again.

The opening paragraph of Norwegian Wood.

My score for this novel is 4 stars. There’s plenty you can get out of it — but it’s not a book for everyone. Stay away if you can’t handle suicide and depression in your fiction – leave me a comment down below with your preferences, and I’ll point you to another one of Murakami’s novels, instead. If you’ve read any of his previous novels, there’s a chance this one’ll surprise you — it lacks many of the eery, magical realism and even surrealism that’s typical for most of his other works.

The audiobook narration by John Chancer was enjoyable – no complaints there, he distinguished between the characters and delivered an excellent performance.