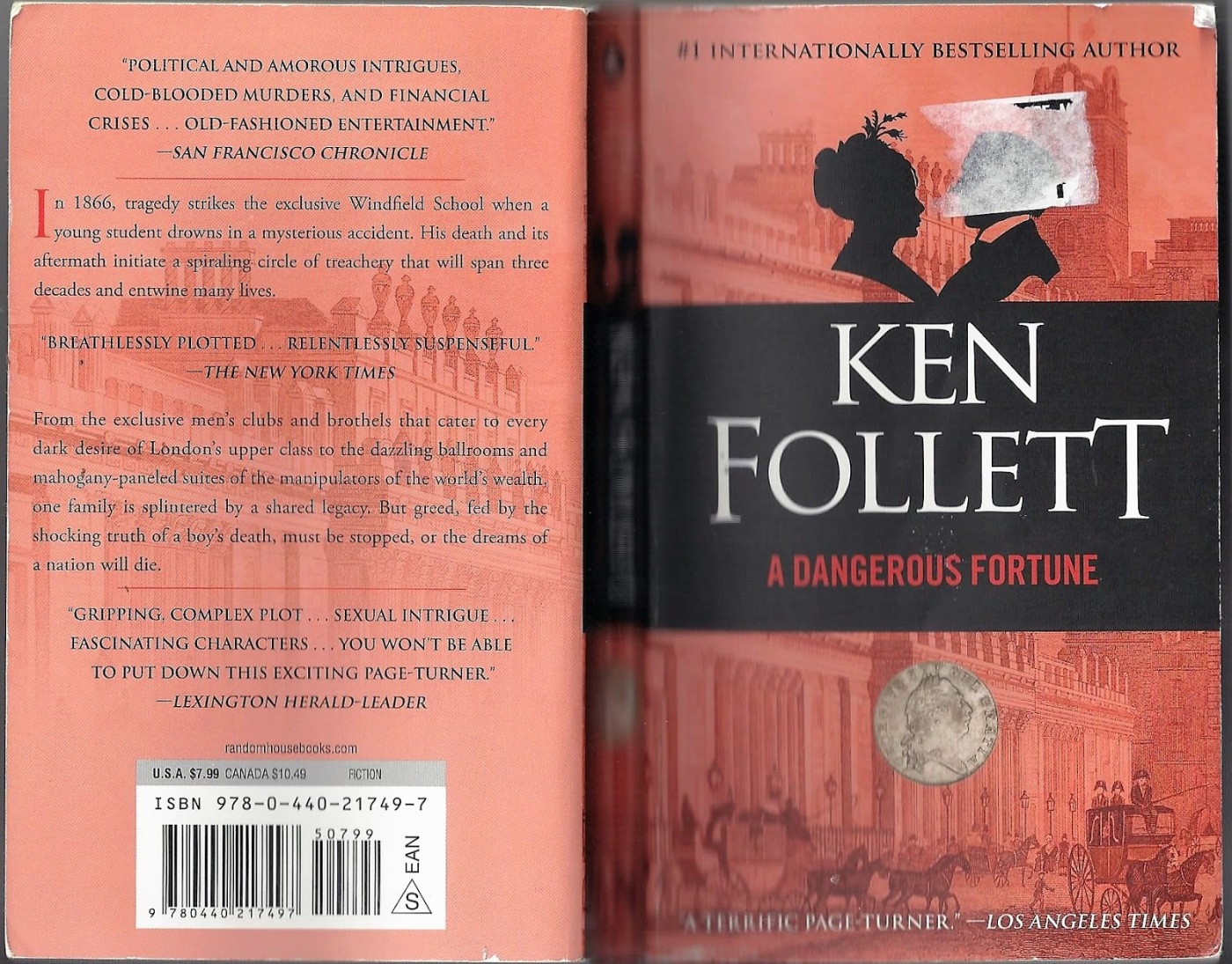 Or: How many different ways can I name my reader’s diary?

These past few days, I had the pleasure of finishing several novels and beginning several more, as well as reading another short story by the brilliant Ursula Le Guin.

A Dangerous Fortune by Ken Follett

This is my second proper piece of historical fiction by one of the greatest contributors to the genre, the one and only Ken Follet. If I had no liking for this genre before, this book alone would’ve won me over. As it is, I’m hungry for many more words penned by the very fine Mr. Follet.

A Dangerous Fortune has an awful lot going for it, chief amongst which is a cast of compelling characters moved by very believable motivations, and a historical accuracy both in the spirit of late nineteenth-century London, as well as the details of the age. It’s a riveting tale with plosts and turns that surprised me more often than not; and that’s an ever more difficult task for someone who reads as much as I do. #wotisevenmodesty

I didn’t expect I would love a historical novel about a banking family as much as I did. The main characters I either loved, or loved to hate — the villainous Augusta, the matron of the Pilaster family of bankers, some of London’s richest and most cunning financiers, is a woman who delights in her power over others, and though she knows nothing of banking, manipulates everyone in her family (and outside it) in both subtle and very brutal ways. Everything she does, she does for her son, Edward (or Teddy, as she calls him), as well as her own advancement in society. She is blind that her pampering and humouring of Edward’s every want and need has made a monster of her son. The fact that he’s an inept banker is besides the point.

Edward’s counterpoint in every way is Hugh Pilaster, the family’s black sheep through no fault of his own. Hugh’s father kills himself over the bancrupcy of his businesses; an event that hardens Hugh early on and makes of him a principled and ambitious banker, scrupolous and very much aware of the responsibility all employees in financial institutions should be conscious of (but rarely are, as the 2008 crash, and many others besides, show). I was awed by Hugh, and cheered for him harder than for most other characters I’ve been reading about–and I’ve been reading about some incredible characters these past few months!

The pacing, twists and turns, and characters all will leave you breathless, if ever you decide to pick this one up. In all honesty, had I read this book three years ago, I’d probably have taken a wholly different relation to my finance classes in university! Oh, well!

I read an ARC of this one, and it is a beautiful, inspired science fiction novel, filled with truly masterful worldbuilding and brimming with political intrigue. I’ll say no more: you can expect my review of it very, very soon, over at BookNest.eu. I regret being unable to release it today, as it is technically launch day over at the USA (though I did see it already on sale in a Swedish bookstore last week, which surprised and confounded me to no end.)

Stay tuned for that, I’ll post a link on one or all of my social media channels as soon as it goes online! Follow my twitter, in particular, if you haven’t yet!

The second story in the “Real and the Unreal, Vol. 02” anthology, “Semley’s Necklace” is one half fantasy, one half science fiction, and all tragedy! Semley is a beautiful alien princess from a race that has attributes that reminded me of the Norse gods — warlike and proud, tall and stunning. However, her people are destitute, have been ever since the “Star Lords” came into contact with them, and all war of conquest between the natives of the world has come to an end. In the backdrop of all this is the story of Semley, who seeks riches enough for her lord husband, the prince of their people. She goes on a quest to reclaim a great treasure of her people, in the hope that it’ll be tribute enough for her family.

This short story very much feels like a classical myth, again of Norse origins. Towards the end, however, things take a turn that pierces the heart in its tragedy. I recommend this one with the greatest pleasure.

Thank you for reading!

Currently Listening to: The Bear and the Nightingale by Katherine Arden