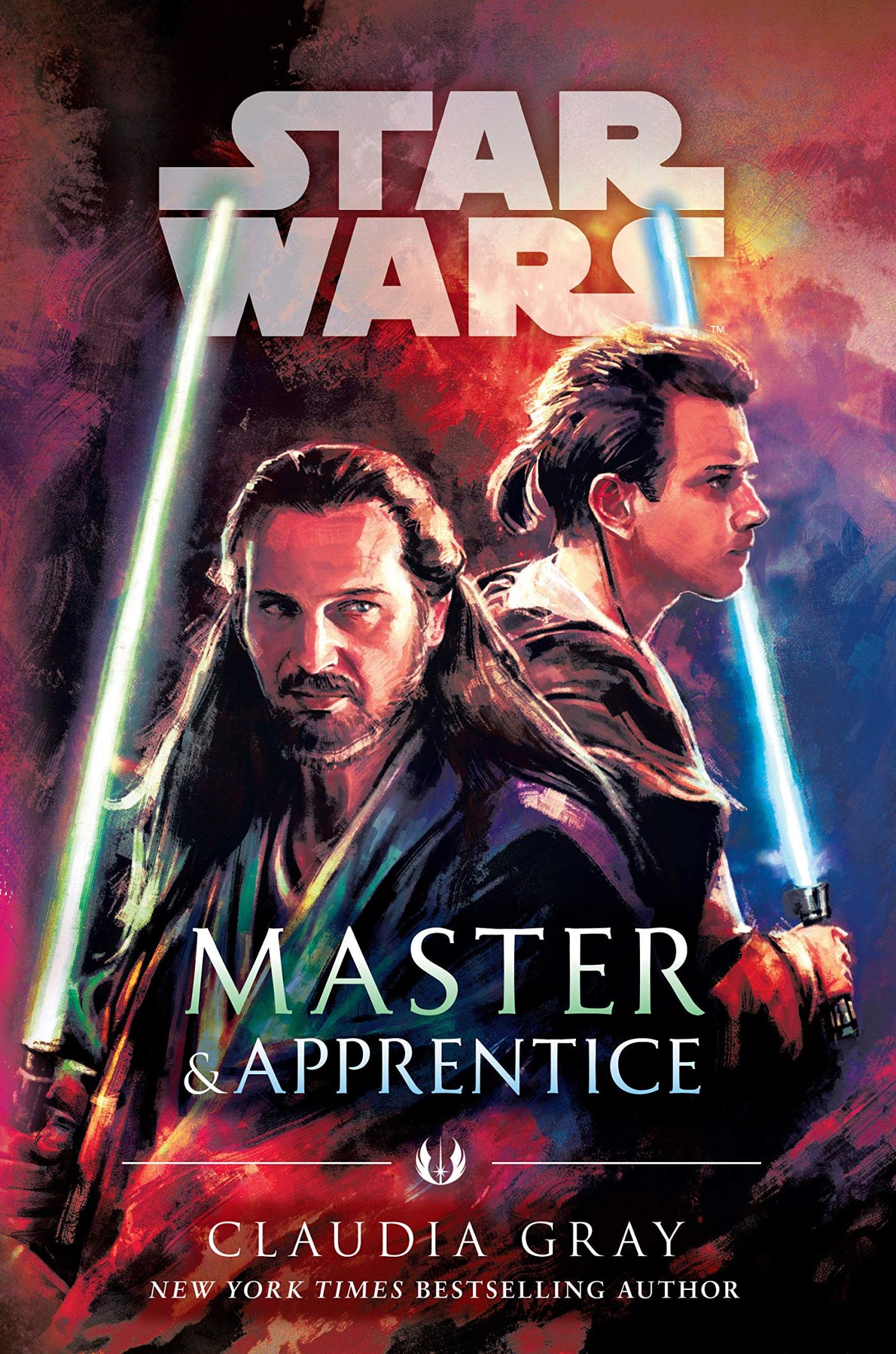 Welcome back, Reader! Today’s review is of one of 2019’s best Star Wars novels, Master and Apprentice. It was originally posted over at booknest.eu.

At last, the one question that has been bugging me since I was 9 years old receives an answer! The question? Why the heck does Obi-Wan Kenobi hate flying so much? Now I know, and if you read this book, you will too!

Master and Apprentice deconstructs first and foremost the relationship between Obi-Wan Kenobi and Qui-Gon Jinn, portrayed by Ewan McGregor and Liam Neeson in what was the best part of The Phantom Menace. The novel’s opening sees this relationship burdened with issues because of what both master and padawan consider to be   The myriad differences between Kenobi and Jinn have made Obi-Wan’s apprenticeship difficult ever since its beginning. Qui-Gon is among the most unorthodox knights in the Jedi Order, all too happy to break procedure if it will bring him closer to his goals; he is, though the word has never been used in Master and Apprentice, a radical, willing to cross borders other Jedi knights wouldn’t even come near – which makes the fact that he gets offered a spot to the Jedi Council at the very beginning of the novel all the more interesting a hook.

Obi-Wan, meanwhile, is very firm on following the rules at this point in his training. He has his own set of problems – feeling like he is a bad apprentice, unable to live up to what is required of him is but one of them. The fact that he has difficulty finding peace in the Force during combat, his battle meditation easy to shatter, is another. What is evident early on is that both he and Qui-Gonn blame their own shortcomings but never one another. That’s a very Jedi thing to do, but it also speaks to how much they care about each other.

It’s at this point that Rael Averross, the previous padawan of Count Dooku (Qui-Gonn was Dooku’s last padawan), requests Qui-Gon’s assistance on the planet Pijal for the signing of a hyperspace lane treaty between the soon-to-be Queen Fanry and Czerka Corps, with the representative of the Galactic Republic ratifying it. Planet Pijal and its moon are rocked by the subversive activity of The Opposition, a former performance troupe turned terrorist cell that now threatens not only the signing of the treaty but Princess Fanry’s coronation.

Czerka Corporation, known to me first and foremost from the fantastic RPG developed by Obsidian Entertainment, Knights of the Old Republic II, makes its proper debut in Disney cannon. Its business practices, chief among which is the possession of slaves, give rise to a lot of interesting arguments as to the role of the Jedi, the inability of the Republic to enforce its law (slavery is illegal in Republic-controlled space) and more. Averross, whose role on Pijal is that of planetary Regent, immediately set off some red flags with his indifference towards Czerka’s use of slave labour and general conduct.

A tertiary thread runs in parallel with Obi-Wan/Qui-Gon’s and Averross/Fanry’s – that of Rahara and Pax, a pair of jewel thieves with their own grievances with Czerka. I liked both of these characters, whose dynamic was inspired by Elementary’s versions of Holmes and Watson. Pax is a recluse who lacks all social graces – for a good reason, as he spent his adolescence onboard a drifting ship in the company of protocol droids. Rahara is the more human of the two, the part of this dynamic duo that helps Pax be more of a decent chap.  Their unlikely friendship and budding romance were very sweet to read about, and the rapport they build with the Jedi adds an additional layer to an already great story. It also serves to challenge Obi-Wan’s views – working with jewel thieves tends to do that to any young Jedi hopeful.

A lot of great elements collide to create a politically-charged, morally complex story that has a lot going for it – great leads, interesting worldbuilding that both adds new elements to the cannon and reintroduces certain old ones for the first time after ye grand old Disney Legacy purge. I’m impressed with Claudia Gray and will be reading her ‘Bloodlines’ at some future point, no doubt about it now. My score for Master and Apprentice is a 4.5/5; I thought this was a tremendous read, as fun as Thrawn: Treason (reviewed here) in its own way.

Oh, and lest I forget about it, Jonathan Davis is as spectacular as ever in the narrator’s booth. His Obi-Wan and Qui-Gon are eerily true to the originals, and he breathes a lot of life into  Even his young Christopher Lee captures the essence of the character, even if he’s not on the level of Corey Burton, who voices Dooku on both Clone Wars animated series, and almost does the late, great Lee justice. As usual, the sound effects are also present – lightsabers, blaster fire, engines and plenty of mileage from those godly John Williams soundtracks. Del Rey doesn’t cut corners when it comes to the production budget of their Star Wars audiobooks, and us audiophiles are all the better for it.

One last name demands attention: The ridiculously talented Alice X. Zhang is to blame for the wonderful cover. Having looked her up only recently, I can already tell that I love her style so very much.

Thanks for reading! For updates and more, check out my twitter handle, @TheFilipMagnus.