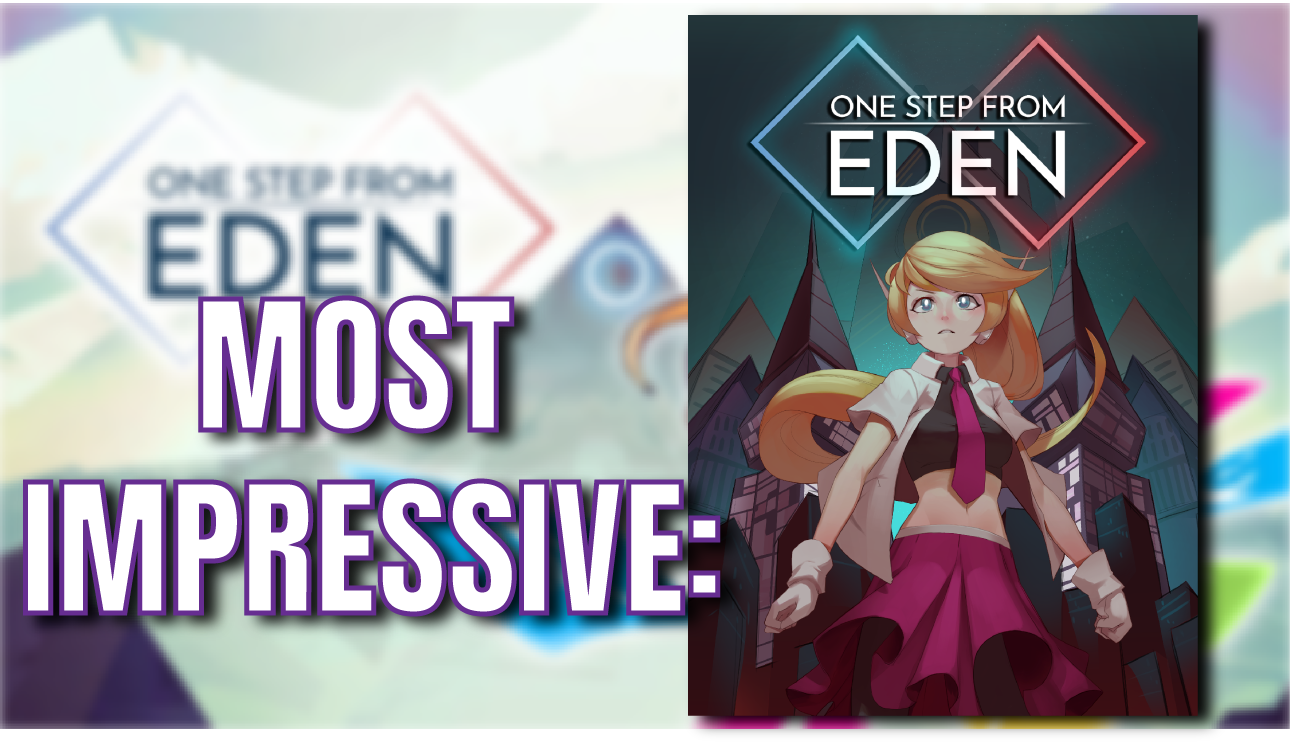 Turns out, this One Step From Eden roguelike is both fun and addictive!

This is one of the most challenging games I’ve played in a while; I know it recently received an Easy Mode update, but I have yet to play around with the difficulty settings. For now, I am having far too much fun testing my mettle against bosses who become more and more monstrous, quicker and quicker, do more and more damage as I reach further into the game. But rather than discourage me, every loss drives me to try harder and harder—something that all the best roguelikes and roguelites have in common. I’ve played a measly several hours so far, but I suspect this’ll be one of the games that I will revisit in the same way as Hades, Dead Cells, Darkest Dungeon and Slay the Spire.

The second book in Mark Lawrence's Book of the Ice trilogy, The Girl and the Mountain picks up directly where The Girl and the Stars' cliffhanger left us reeling. It's perhaps the easiest novel I've read this year, and if you wanna find out why...better watch the video on my YouTube channel!
Today's Wyrd and Wonder tag is "I Never Knew My Father"! I hope I'm not cheating by having the Assassin's Apprentice Illustrated Edition pictured a second day in a row, but hey, there's also R. F. Kuang's THE BURNING GOD! It's a special day for me, because Kuang also announced a brand new novel on Twitter today, BABEL - I'm beyond excited to know more about it. At any rate, both books feature protagonists who never got to know their fathers, either because of war or over politics. Those kids are totally not screwed up. Honest! ┌( ಠ‿ಠ)┘
Today's Wyrd and Wonder tag is #MapMonday! The map I decided to showcase today is the one from the gorgeous Assassin's Apprentice Illustrated Edition by Robin Hobb!
Today's #wyrdandwonder tag is "Pop this in your book bag!" (A book you’ve read since last year that you’d recommend to everyone.) To Dream and Die as A Taniwha Girl is definitely a book I'd recommend to everyone - as are Benedict Patrick's Yarnsworld novels overall! The tale of a young woman thrust with the responsibilities of godhood is nothing short of an emotional roller-coaster and I cried buckets while reading it. So will you!
It's May, which means it's Wyrd and Wonder month! This month-long event meant to celebrate the fantasy genre is hosted by @imyril - I got roped into it by my dear friends at @thefantasyhive. Plenty of wonderful pictures coming from @nils.reviewsit , @juliakitvariasarene , and many, many others - browse through the #wyrdandwonder tag, why dontcha? :P
Artificial Condition was a great jaunt back into the world of the one and only Murderbot. Martha Wells pulled no punches with this one and by the end of it, I knew I was well and truly hooked - which is why you can expect reviews of the next pair of novellas in the coming weeks! Rejoice, viewers and instagramsters!