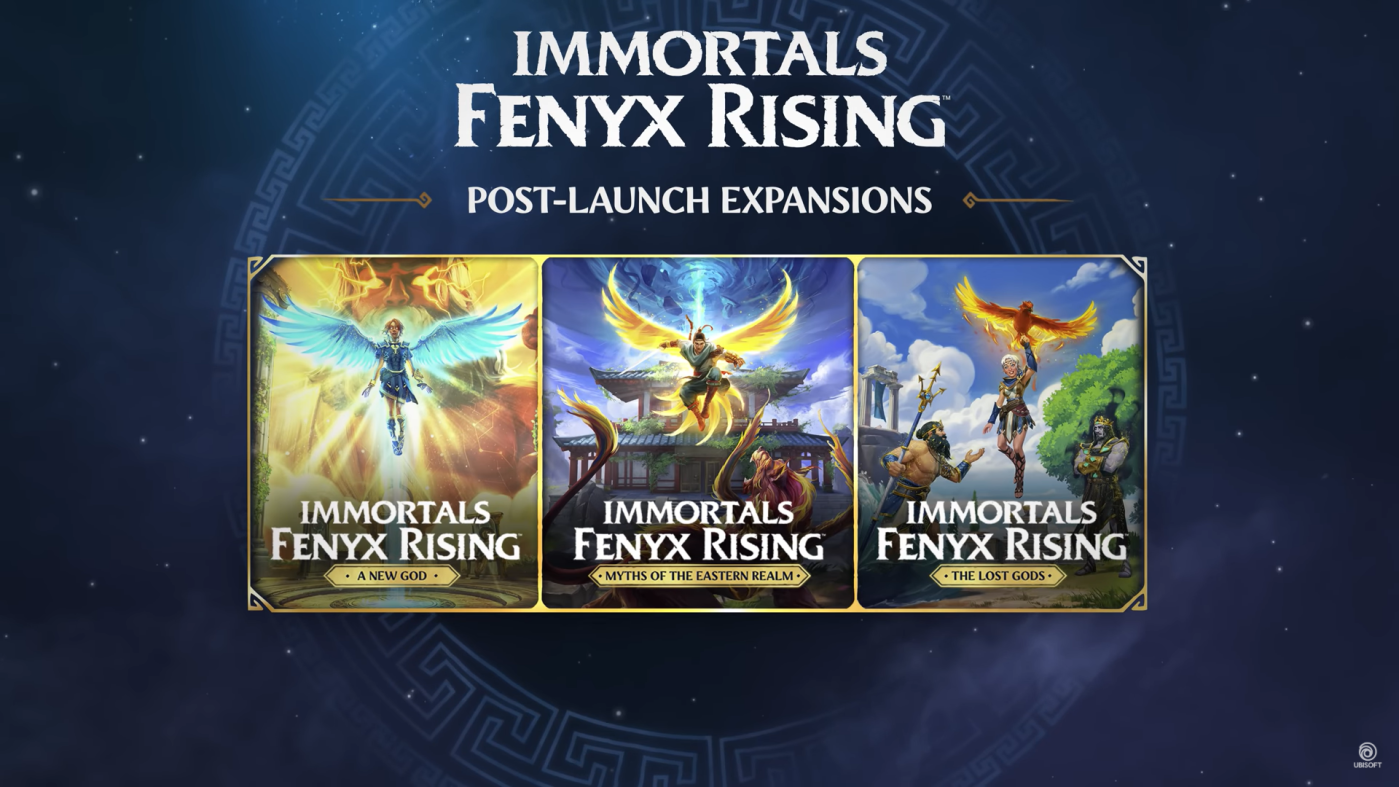 The one Ubisoft game I still feel a morsel of excitement over is the generically named Immortals: Fenyx Rising, formerly labeled Gods & Monsters; titles, in either case, which leave much to desire. The game promises an irreverent take on Greek mythology, which borrows a little from The Legend of Zelda: Breath of the Wild — the evil red villain blur in the middle of the world, the overall graphics. Yet still it calls out to me…that’s how much of a mythology nerd I am

A New God is the first of the three DLCs planned as part of the post-launch roadmap the Ubisoft Quebec team has announced (source video at the bottom). It’s the most standard thoroughfare of the lot–challenges, new bosses, a story following the protagonist after the game’s ending. It’s set in Olympus, which is always fun, and you will fight Cerberus, maybe Zeus himself, for what I imagine is Fenyx’s own godhood–sounds like it, anyway. There’ll also be plenty of new puzzles and challenges--YEY!–he said, hateful of puzzles.

Following it is Myths of The Eastern Realm. This is the DLC I’m most interested about–it promises a whole new world and protagonist, based on exploring the Chinese mythology of the Fenyx Rising world. Players will take control over Ku, whose story will precede Fenyx’s story in the main game. This is the DLC I’m the most interested in–how much of the world will have a different feel than that of the main game; how many assets will be reused, and how much of the DLC’s aesthetic look will be brand new.

I remind you, this is the same studio that developed Assassin’s Creed: Odyssey, whose trio of Fate of Atlantis DLCs did a remarkable job of convincing me not every piece of post-launch content is a shameless money grab. Every one of the three zones in the three DLCs–Elysium Fields, Hades and Atlantis itself–had such a unique aesthetic feel about them; that goes a long way as to making me hopeful the Eastern Realm will be portrayed with care and artistry.

Ash is the protagonist of the third DLC, The Lost Gods. I love her design:

This DLC also does things differently–introducing an isometric perspective, brawler-style combat, and bonding with Fenyx from an entirely different perspective! There’s more offered, of course–a fancy bonus quest if you purchase the season pass, and plenty of freebies.

An offering none too bad, if I do say so myself.