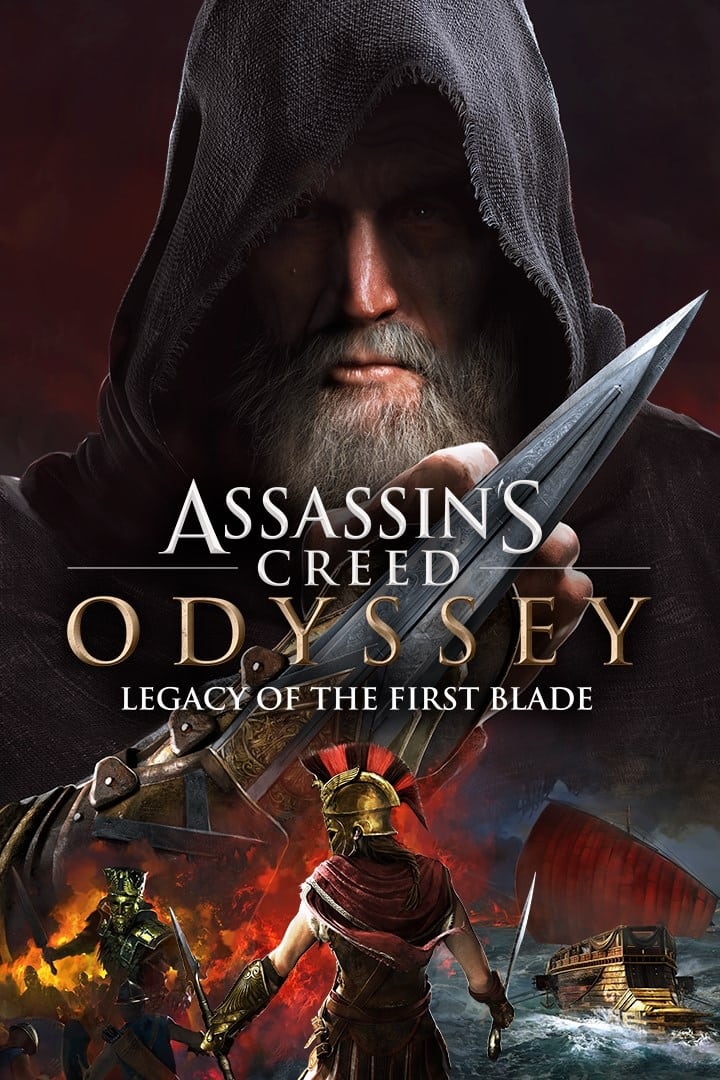 It’s been a good while since I’ve written anything about video games, hasn’t it? Here they are, then, my thoughts on the first episode of the 12-15 hour-long first paid DLC for Assassin’s Creed: Odyssey! Some Spoilers for Hunted from this point onwards.

Makedonia, one of the fourty or so regions in Assassin’s Creed: Odyssey, played a nominal part in the game’s main story campaign, a rather large zone for the thirty to fourty-five minutes spent in a single conquest battle and several dramatic cutscenes. Strange, I thought – but I needn’t have worried. Legacy of the First Blade uses one of Odyssey’s largest territories to excellent effect, infesting Makedonia with a whole lot of different quests, a fresh new cult to dispose of, and plenty of side-activities.

The character focus in this DLC is Darius, the eponymous First Blade, called so because he’s the very first person in history to use the assassins’ Hidden Blade. You know the one if you’ve so much as seen an Assassin’s Creed trailer from the last twelve years – springs up, very sharp, used to stab people. Darius is an old Persian, uh, assassin, responsible for the murder of king Xerxes; well past his prime, he and his son Natakes are struggling to survive and evade the Order of the Ancients, the Persians’ own version of the Cult of Cosmos, now safely dismantled by Kassandra – at least in my first playthrough. Darius’ skills are the equal of or even surpass those of Kassandra; while the two first cross blades when they meet and Kassandra certainly seems to be winning by the time Natakes puts an end to the fight, Darius is no joke; he also displays the Batman-like ability to disappear in the middle of conversation, leaving his ill-humoured lackey Kassandra with all the heavy-lifting.

Darius is a cypher – though he reveals bits and pieces of his history throughout this first episode, there’s always a hint of something left unspoken, an element of hidden knowledge. The revelations keep coming as the conflict between Darius, Kassie and Natakes on one side, and the Order of the Ancients on the other, intensifies. It works because it’s tried and tested, and also because the leader of this branch of the Ancients, the Hunter, has a legitimately daunting presence, which is more than I can say about every single member of the Cult of Kosmos. The mental games he plays with Kassandra lead to one of the more memorable scenes in the hundred hours I’ve spent playing this game – Kassandra, staring at a tree from which victims of her blade are hanging. They’re one and all no-name soldiers, Athenians and Spartans alike; it’s a moment of forced reflection, which questions her humanity. The obvious coarseness of this scene only serves to make the conversation options, “I am a monster/I’m not a monster” deliver an even stronger gut-punch.

In many ways, Hunted was a condensation of what worked well in the main storyline of Odyssey – family drama, the search-and-destroy so familiar from the time spent hunting the Cult of Kosmos, the requisite ship combat quest, a pair of boring treasure hunts, and a lot of animal life slaughter. Bears, wolves, eels, nothing on four legs is safe, whether due to Kassie’s desire to have a romantic dinner with Natakes or because the Hunter is an animal lover, it doesn’t matter.

I thought it was good – good enough, fresh enough to continue playing well past the point I’d usually leave an open-world game like this one. And I’ve played on since – next up, I’ll talk about Episode 02 – Shadow Heritage.

Thanks for reading! How about you, Reader? What have you been playing lately?