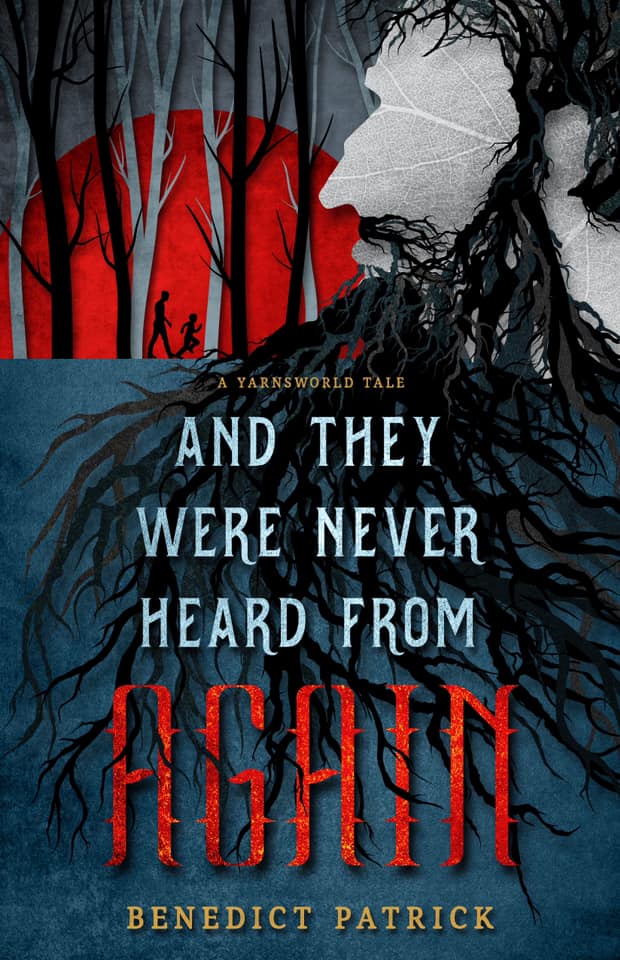 Hullo and welcome (back) to my blog! It’s been a little while since last I had the pleasure of working on a blog entry for this here Grimoire Reliquary and since I just finished two rather small works (in terms of content), I thought now might be a good time to tell you about these two. One is a short story by Benedict Patrick, a friend and a fantasy author I admire greatly for his folklore-inspired Yarnsworld series. The other is by Stephen King, a novella originally written exclusively for the Kindle. Both together, these reads are a little over a hundred pages — the perfect length to read on a busy Monday evening, afternoon, or whenever you’ve got the freedom to do so. Let’s talk about each of them in turn:

“And They Were Never Heard From Again” by Benedict Patrick

The Magpie King’s Forest was one of my favourite new places to inhabit last year, when I first came across Benedict’s work. It’s a mysterious place, dangerous during day and deadly at night, the Forest still unclaimed by the human villagers who live in its reaches. I’ve had my share of exploration of its great and dark confines, and yet have hungered for more over the past few months. Once Benedict Patrick gets in your head, you see, it’s difficult not to hunger after more knowledge of the Forest’s denizens of the night.

But what is a monster of the night without a pair of humans to horrify and appall? The unlucky protagonists of this story are two brothers, one younger and the other older — as these stories tend to go — by the names of Tad and Felton. Felton drags his younger brother to another village for just about the most teenage reason you could think of, and after a series of unfortunate events, the two end up far, far away from the safety of home after darkness falls down on the forest.

What follows, I won’t spoil — but this was the kind of story that questions the power of storytelling and the collective subconscious in a way eerily reminiscent of my favourite work of Neil Gaiman.

The best part? It’s completely, absolutely, unreservedly free, this story. That’s right. $0.00. I’d grab it if I were you. If you’ve never experienced the world, you might just fall in love with it. My score for “And They Were Never Heard From Again” is 5/5.

“UR” by Stephen King

When I opened this on my Kindle on accident a few days ago, I did not expect to come across a very solid, enjoyable 61-page novella that was also tied to Stephen King’s “The Dark Tower” series, one of my most beloved meta series.

“UR” does all the things Stephen King’s best novels do. It presents a relatable, likable protagonist with very human flaws — in English Lit professor Wesley’s case, a sort of childish spite — and an event that sees said protagonist’s grasp on reality begin to slip, pushing him towards a questioning of reality as he knows it.

It’s incredible how much I grew to care about Wesley in the span of these sixty pages. The mark of good writing, and King’s writing in particular — the man can make you care about anything and everything in just a few pages, and then force you to bitter tears. I’m looking at you, “The Stand.”

It’s a simple enough story — Wesley is looking for a way to show university colleague and his ex, Ellen, that she’s wrong about him, and so buys a Kindle. This used to be in the very earliest day of Kindle, kids, when you only had the one variable; it came in white, didn’t have touch-screen or LED lights, and was generally a somewhat bulkier and worse device than some of its competitors — but it did have all of Amazon’s considerable catalogue of e-books, which crowned it King of the e-reader market. History lesson over!

At any rate, Wesley gets a pink Kindle, which at first he doesn’t at all mind — he hasn’t done too much research, after all, it was more of an impulse purchase on the advice of one of his pupils, “the Henderson kid” who plays an important role in the novel’s interpretation of “The Three Stooges”. Ha-ha, my reference game is strong today!

At any rate, it’s not the colour that’s the strangest thing about the Kindle — it’s the fact that its experimental features allow the reader to access the works of writers like Ernest Hemingway and William Shakespeare; only, Wesley discovers works never written by these authors. Works that are so obviously written by these authors that to deny their authorship would be madness, greater even than accepting the impossibility of the small pink device being able to tap into the virtual libraries of alternate realities. I’ll say no more, but let’s just leave it at this: there are other, more impressive features this pink Kindle possesses.

What surprised me was the ending. It could’ve gone several kinds of wrong, but unlike in, say, “Pet Sematary” or even “The Dark Tower” itself, King decides to give us readers a break…mostly.

I will say, if I ever see a pink Kindle delivered to my door by mistake, I’d like to think I would squash it with the heel of my boot…but I have the gnawing doubt that I’ll pick it up and sign up for the experimental “UR” features, instead.

A fine day to review titles, I reckon. Not that I’m complaining. If they weren’t good, I’d be a sad lad! At any rate, thank you for following along! As always, more is soon to come!